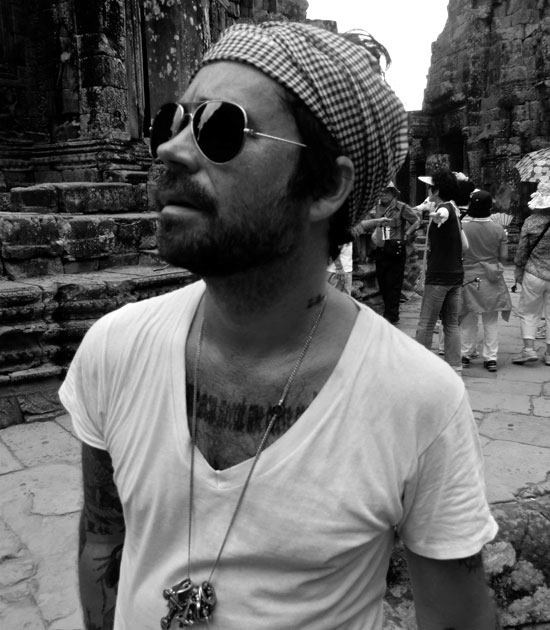 Forest finished his first feature film, “Life Is Nice” featuring Steve Buscemi, at the tender age of 20 It did quite well considering, playing some festivals and opening in L.A. and Chicago. In his own words, it was his film school. After a great deal of fast living, he made “I’m the Elephant, U Are the Mouse”, which paralleled his own life, and shot the hell out of this somewhat self-indulgent film adventure in Mexico, L.A. and Michigan. Forest and the film travelled to various film festivals in Europe. It was picked up for distribution in parts of Europe and Australia. A director’s final cut-redux is on the way, to share with a new generation of film enthusiasts.

Now living Siem Reap, Cambodia, Forest has been working with orphans and poor kids in Cambodia to try and help make their lives better. But he also decided to make three feature films, “A Cambodian Trilogy” — “A Cambodian Winter”, “Hail Tiger King” and “Cashmere Sabertooth”. The first two films were shot throughout Cambodia, capturing the natural beauty that only this country can offer but also incorporating the kids and other Cambodians he has bonded with, who helped to make the films, both in front of and behind the camera. The work both drew on their real lives and taught them a craft/trade for their future.

“A Cambodian Winter” is complete and ready for distribution. “Hail Tiger King” is in post-production, and the 3rd film in the trilogy, “Cashmere Sabertooth” is in active development.