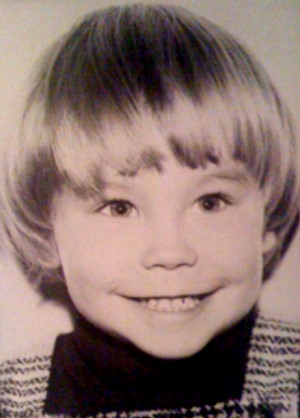 How it all began, by Forest Wise

written in a caffeine coma

I was traveling the Southeast Asia circuit, living life, seeing and experiencing what most never see or could even comprehend, (as I couldn’t, until I did it.) Jumping, flying off the beaten track, a backpacker only hanging with locals, touching, smelling, tasting the tapestry of the vibrant and exciting cultures. Being 200% inspired on a daily basis, having enough experiences to write three novels that would make Jack Kerouac, I hope dance in his grave.

I then decided to jump ship, make a change, see the light, experience something from a different point of view. I was hanging with two Swedish sisters who said, “Let’s go to Cambodia.” I said “I only know Khmer Rouge, Angkor Wat, the killing fields, why the fuck not, somebody has got to do it.” So we went.

The moment we arrived in Siem Reap, I immediately fell in love: the people, the beautiful women, the food, the landscape, the pagodas and the sunlight at “magic hour”. The people were kind.

They lived life for today not tomorrow or yesterday, and although this was one of the poorest countries in the world, they were happy without the iPads, iPhones, Miley Cyrus limited edition throwback retro DVDs, Range Rovers, Land Rovers, Mickey Mouse dreams. Happier than people getting a double Christmas bonus from their hedge fund boss, in New York City. s

Yet their problems were real, I realized as I spent more time with them. Besides living day-to-day people also lived hand-to-mouth.

And because, I had gotten so much from these people and these experiences, I felt I should give back at all costs. But how? After some reflection and bike riding around Siem Reap, I said to myself, orphans and very poor kids were the best cause for me to focus on.

I decided to hook up with an NGO and help them raise money, market, manage, etc. I checked out a few and decided on one in particular, one where the kids were just magical in all senses. They had souls that shined like the brightest star in the darkest times.

Was I sentimental, as so many Westerners have been before or since in the face of picturesque poverty? Of course I was, but whatever the reason or motivation, I felt I needed to give instead of take.

They probably didn’t need my Western views or airy philosophical ramblings. They were happier than most kids in the modern Western world (with all their stupid waste-of-time toys, trinkets and pool party favorites.) But what the hell, I knew in one perfectly practical way, I could help.

My idea was to shoot a small video they could use for raising awareness and money from foreigners all over the world-People who care more about others than their own myopic bubble of confusion.

After a week of shooting digital footage, via iPhone, various consumer digital cameras and hanging out/living with the kids in their environment I decided to stay on for a bit longer.

Did I need to get back to superficial LA in the midst of the rat race of vapid ideas or check back in the UK to promote products that did nothing but make people feel good and important for a moment? Materialistic nonsense. Neither of these roads were worth taking…so I paved my own road through the jungle (though to be fair the roads were already quite passable by the time I arrived) and stayed on in Cambodia.

Not only did I stay on for a few months, I stayed on for two years. I experienced so much about myself, the people and life in general. An epiphany if you will. A life change and metamorphosis. Yes, all this shaped me into the person I try to be everyday: a motivated inspired Buddhist, creator of art whenever possible.

May seem like a load of bullshit & pretentious as all hell, but it is the truth, as that’s the way I feel…the way I experienced it all.

But first there was the daily business of working with an NGO, seeing its inner workings, understanding as much as I could of what it’s like to be an abandoned child in Cambodia—and spending, many late nights on the streets with the prostitutes and hustlers. Gradually an idea took shape. A good idea I think.

The juxtaposition and contrast of these two worlds and ideas opened me up to either write a novel or make a documentary. After a few weeks of notes, sketches, ideas and such, I decided to instead make a feature narrative film using some of the kids and prostitutes I got to know and understand. Real situations and genuine feelings, but room to manipulate and change the story. More creative manipulated environments and situations, as opposed to a matter of fact, as it is approach. And a beautiful score to drive the poetic story I wanted to tell.

After a few stints of raising money, which in and of itself is just as bad as having a pitch meeting with Tom Cruise and Carrot Top at Paramount commissary in LA, my mind consciousness shifted.

How? This is how and why, after one crazy last attempt with this billionaire Bollywood producer who wanted to finance a few films—three to be exact—and give money to the kids for the NGO, you can guess the rest.

So, I had no sure way of financing the film. Where was Angelina Jolie when you needed her? This too was a right of passage, a way of seeing life through the eyes of people who dream and have their hearts broken

Instead I turned to friends, entrepreneurs, philanthropists, opportunists whoever had a few dollars to spare. Then I met Bopha, a local woman, born in refugee camp, who understood the trials of living. She had a heart of gold, and helped me and the project. I could of never done it without her, a co-producer and more.

We needed to make it happen. We made it happen. It was hard, almost impossibly hard, a hope and a prayer, another sacrifice to the gods hard, but a few dollars came our way and it came to fruition. I had higher than high expectations for the quality, higher than most $10 million budget films have. I never sacrificed the vision, just coaxed, and wheedled my film friends all over the world into submission.

Exploitation of the haves to give back to the have nots, the ones in need, can never be a bad thing.

We used professionals, film enthusiasts, anyone who would pitch in, any stray earnings that came our way. Throughout, we were guided by the energy of hope of what we had, not what we were missing, or would of ideally wanted. Cambodia in all its beauty and wisdom was the art direction and voice of reason.

It was more of an improvised jazz session—think “Bitches Brew” with a structured storyboarded dream of life—and then letting go and allowing the scenery to guide our journey and execution.

What we achieved with the kids and the connections I developed over two years in their lives is nothing short of magical. Macaulay Culkin would have a run for his money and then some. These kids performed like they studied at Julliard just out of the womb.

In return all the kids, most of whom had never been out of Siem Reap, got to see their country, stay at fancy hotels and learn something that will forever change their perspectives, and if nothing else came of it they would have memories that would last them a lifetime.

Many also learned a skill set, self empowerment, but they also made money on their own, based on their dedication and skills. All them will own a piece of the film, when it is released.

When we finish this, what we hope will be as close to a cinematic poetic piece of digital celluloid as possible, the kids will be included in the financial rewards via the world distribution system.

This is a magical poem to Cambodia and to love: a love letter to living, to being in the moment, even when everything seems to be against you.

Love and light to Cambodia and everybody in between.